How SERVPRO Can Protect Amityville Attractions from Water Damage 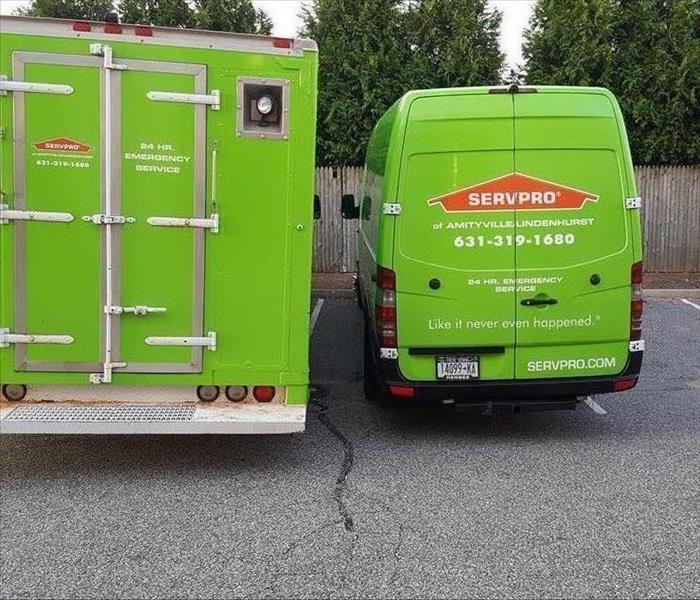 When the Horror of Water Damage Strikes Your Amityville Home--SERVPRO Is There to Help!

With many unique points of interest, Amityville and Suffolk County are attractive tourist destinations.

Amityville is one of the most recognized, or possibly feared, municipalities in New York. Its fame as it is connected to a grisly crime and subsequent globally embraced horror movie franchise brings in a steady stream of tourists and visitors all on its own. When you consider the multiple otherattractions and historic structures here in the Long Island community, a town of under 10,000 residents can feel much larger and more developed.

Protecting Amityville's history and the nearby communities that makeup Babylon here in Suffolk County has fallen to the Amityville Historical Society. Among the most comprehensive of their efforts, records, and examples of educating travelers and locals about the colorful histories of Long Island, is the Lauder Museum.

Many events and eras have influenced and developed Amityville to become what it has, and these are the exhibits and artifacts that you can expect to see in the museum. Scaled models of the famous Suffolk County structures, 19th-century replicas and parlors, historical artifacts from Amityville's most famous (or infamous) residents and visitors are just a portion of what can be discovered within this free museum in town.

Many of the structures throughout Suffolk County are more than 100 years old, including one of Amityville's most recognizable buildings, The Triangle. The plot of land is created by the intersecting streets and town elements Broadway, Park Avenue, and Ireland Place. The field left was enough to construct the building that still exists on the property in 1892. In the mid-1990s, the Triangle and its newer gazebo at the northern point became officially recognized as a continual and community monument dedicated to those who have served Amityville throughout the years.

While not every part of the year is beach season here in the northern United States, the late spring and summer months can offer favorable climates for the sun and sand. The shore at the edge of town is one of the attractions for travelers to Long Island, making shops and boardwalk activities highly popular between May and September.

Sand Island might not have many structures and homes that our SERVPRO professionals might need to restore or clean when disasters like Hurricane Sandy in 2012 strike. However, it is still a desirable location for those that do not mind the short boat ride to the island south of Amityville Beach for privacy and quiet.

Perhaps one of the most famous structures in all of Long Island, the house intertwined with the infamous Amityville Horror film franchise, book, and true crime, has been a hot spot for tourists since the late 1970s. The story behind the original horror film added credibility to the legend of paranormal activity that influenced inhabitants. George Lutz and his family lived in the house on Ocean Avenue for nearly a year before claiming they needed to escape the property to save their lives.

The house itself has one of the most iconic looks recognized by generations of movie-goers. Despite municipal officials attempting to slow the traffic to the area by changing the name of the street or the house number, it has done little to deter avid fans from taking a shot of the house as they drive through the neighborhood. Structural changes and upgrades to the 5-bedroom Dutch Colonial residence have changed the recognizable half-moon windows from the third floor with traditional shuddered windows to match the rest of the property better. Despite changes to the exterior, fans still find their way to the house for photo opportunities.

Despite the infamy that Amityville embodies with the controversies surrounding the events happening in the Ocean Avenue Dutch colonial, there are positive ties back to the community from Hollywood and the world of professional sports as well. While many of the most prominent and recognizable names raised or that lived part of their life here in our Long Island community are accounted in the Lauder Museum, these individuals help to shine a brighter light on our town in each era of our history.

Modern celebrities and professional athletes like Alec Baldwin and Mike James continue to inspire and influence Amityville residents today. Basketball courts where Mike James first honed the skills that would take him to the NBA's greatest stages have been renamed in his honor here in town. In years past, the village became an attractive option for history's most infamous and legendary names like sharpshooter Annie Oakley and mafia boss Al Capone.

What Can Be Done About Water Damage in Amityville Basements?

Most of the basements constructed underneath older homes in Amityville were designed to be cellars that can keep vegetables from perishing quickly in certain seasons. Because of this, the temperature and conditions were designed to cool and moist. Even more than the persistent threat of groundwater, the basement is where the hub of plumbing services, the water heater, and even washing appliances are located

When under-insulated pipes become exposed to the cold snaps of the winter, or aging copper and lead plumbing pulls apart at weakening connections, the resulting water damage could be substantial for your property. Standing water presents immediate risks for exposed structural elements like wood framing and other porous components. Removing this surface pooling involves multiple tools ranging from various vacuums with wands and attachments to more formidable submersible pump options.

Removing water from the flooring is one considerable water mitigation step to take for damaged homes in the area, but eliminating the risks of secondary damages like mold growth hinges on thorough drying practices. As general contractors licensed through New York, we can offer a wide range of practical actions like controlled demolition, weep hole drilling, and plumbing repairs to make water damage incidents "Like it never even happened."

Water disasters can happen without warning in your basement, but our SERVPRO of Amityville / Lindenhurst team can respond fast to help. Contact us 24/7 at (631) 319-1680.